Micro-Photography and Macro-photography usually refer to the same thing. Companies such a Nikon use the term macro and micro on the same lense, whereas Cannon calls them macro lenses. Below is a screen grab from Nikons own site which show them using both terms.

The term Macro means big and the term Micro means small. If the item you are taking a picture of is small and you want it to come out as larger in the picture, then you are taking a macro shot of a micro subject.

Macro photography is generally done with a dedicated lense which you change out on your DSLR camera (Such as the nikon lense shown above). Below is an example of the detail that you can achieve from a macro lense. 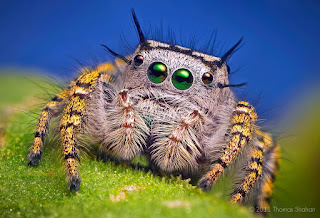 The photo below is an example of a close up photograph which could have been taken with a regular lense or a macro lense from a farther distance. 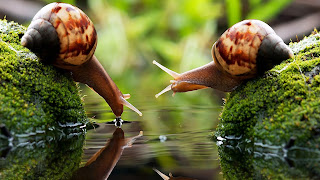 Other than using a macro lense there are a few different ways that you can produce a macro photo, such as a lense reversing kit, Extension Tubes and Macro Bellows.

Lense Reversing Kit, This is a piece of equipment that sits between the lense and the camera which turns the lense around allowing you to zoom in on an subject more.

Extension Tubes, This is another way to move the lense farther away from the camera but instead of having the lense reversed it puts the lense further away allowing you to zoom closer to the subject.

Macro Bellows, Similarly to the extension tubes the lense is put farther away and can be moved according to the distance required.

Popular posts from this blog 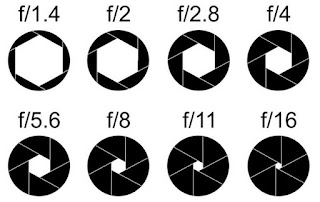 Exposure in Photography is determined by the Shutter Speed, the aperture of the lens, the sensitivity of the ISO and the lighting of the scene. In this post I'm going to talk about Aperture.Simpy put Aperture is ‘the opening in the lens.’ When you press the shutter release button on the camera the the whole opens to the desired opening (also called f stops). The larger the hole the more light that gets in – the smaller the hole the less light.

Keep in mind that a change in shutter speed from one stop to the next doubles or halves the amount of light that gets in also – this means if you increase one and decrease the other you let the same amount of light in – very handy to keep in mind).

There are a number of results of changing the aperture of your shots that you’ll want to keep in mind as you consider your setting but the most noticeable one will be the depth of field that your shot will have.
For example in the photo below the guitar is in focus and the background is blurred, this …
Read more

Exposure in Photography is determined by the Shutter Speed, the aperture of the lens, the sensitivity of the ISO and the lighting of the scene. In this post I'm going to talk about Shutter Speed.Shutter speed refers to how fast the shutter on the camera fires in order to capture the picture. The shutter is like a curtain in front of the sensor that opens when the user presses the button which allows light into the sensor. With a faster shutter speed you can freeze the pinwheel as if its not moving, with a slower shutter speed you can get a smooth effect on the pinwheel.